Things at our house have been rather hectic these last few months. As I said in our last update, our granddaughter Beca and daughter arrived on the 15th of December for Christmas and New Years and a four month stay. They stayed because her brother-in-law Miles was to be married on April 9th and it would be better to stay rather than go home and come again. She homeschools her daughter (Adalyn) so she was able to stay. On the way back from the wedding at the airport she went to the bathroom and there was a puddle of water that she did not see and slipped frontward and landed on her knees full force. Her left knee cap broke in two and chipped another bone. The hospital said it would have to be surgery. So they stabilized her leg and they were able to get the next plane out to SP (wedding was in another state. Our Dr. Humbert came by to look at the x-rays and he said definitely surgery. So on the 14th of April the same orthopedic Dr. who did my surgery on my tendon a few years ago did her surgery. She has been doing therapy twice a week now and this week he said she could travel home if she wants to. She is aiming at the 12th of June. We will certainly miss her and Addy and it has been fun getting acquainted with another great grandchild. So for a few weeks I had two patients instead of one. But we managed o.k. Naomi helped some and grandson John came for a month and arrived on the 19th of April and stayed until the 15th of May. He was such a big help with granddad and Skip really enjoyed having him around.

In February our pastor showed the film War Room at the church. It was a real blessing to all. One of our men, a few days later showed me his prayer list which filled a whole page. Recently I asked how the prayer list was coming along and he said it’s doing o.k. He is the father of two sons on drugs. This lays heavy on his heart. Both boys were raised in the church and have gone down this road once grown. We have another family with an adopted son that is on drugs. These are sad days for these families as they would so love to see their sons back in church. Much prayer goes up for them all.

Naomi and Paulo moved in March as the mechanic shop was not doing well and so he moved to the town where his folks live. He is slowly getting his clientele back up again and some of his clients from here are calling him to do work on their cars. But we do miss having them close by, but they are just 45 minutes away in case we need them.

We were able to renew our American Passports in April. The others expired on the 12 of March. After two tries we were able to renew. We asked that they send them in the mail so we would not have to make another trip to Sao Paulo (SP) which is very taxing for Skip and tiring for us, an all day trip. The passports arrived here on April 16th and the post office did not notify that they were here. Those who go to the post office asked about them and the answer was always no they are not in. Well last week I got a tracking number and here they had been here a month and a half. They would not give them to the ones that asked because it was official business and I had to go in and get them myself as I had to sign and had to have ID and another document. I had some anxious moments thinking they were lost in the mail. PTL they are with us now but the P.O could have saved me anxious moments by letting me know they were there. They could have put a notice in my box for me to pick up! I sure quoted the verse that says “Be anxious for nothing” numbers of times to remind myself that God’s Word says don’t be anxious. But sometimes it is so hard not to be. Do you have that problem?

May 1st was our 33rd anniversary for the church here in Nazare. We had a hundred or so in attendance. We had the service in the unfinished building. Was good to see some of our neighbors come out to celebrate with us. There is still lots to do on the construction of the church such as installing the electrical wiring, finishing the flooring, finishing the bathrooms and doing the walls, installing windows etc. We have a work day this coming Sat the 5th.

We are hoping for DVS in July but have no date as yet and may not be able to have one because of lack of helpers. Certainly hope we can have one.

The young adolescent who was saved at DVS in January this yr. has been bringing his whole family to church and activities. As yet they have not made a commitment to God. We are praying for their salvation.

Our winter has arrived and with it lots of rain in parts of Brazil as in the U.S we have floods everywhere. It rains buckets of water so to speak and in no time the place is overflowing with water. Have had some real bad storms in SP and in southern Brazil. The temps are in the 60’s and 50’s and some days I wish we had a fireplace to sit by and enjoy some hot chocolate or tea. Skip has such a hard time with the cold and stays under the electric throw that Jess brought for him a couple of years ago. We do have an electric heater but I hesitate to use it too much as it is not very economical but I do use it when the temp goes way down. One good thing about the cold spells is they last a couple of days or so and then warms up some until the next one comes along.

Skip continues to improve his speech and can communicate some better now. Beca and Addy have been a big help with this as they chat with him a few times a day. His therapist comes two days a week now as she is studying to be a therapist for children. I do his exercises most mornings. His right side continues to be paralyzed but he can walk and tries so hard to do things for himself. He always says “I can do it now” but we stay close by just in case, don’t want another fall on our hands.

In May we enjoyed a visit from former students that we had when working at Maranatha Bible Institute. Was so good to enjoy the day talking about good ole times. They are working with Indians and will be teaching and preparing leaders to take their place beginning in June.

We are so grateful for your love and prayers for us. Thank you for your prayers and financial help.

Praise: that Skip is able to get around better and improving his speech
Praise: that we were able to renew our passports and that Skip stood the trips really well.
Praise: that our leaders in the church are growing spiritually

Pray: For the country of Brazil that is in a financial and political crisis right now. The president faces impeachment and crime is on the rampage. Some very horrible things happening every day.
Pray: For Beca, that she will be able to book a ticket for California on or by June 12th when Addy’s extended visa runs out. That they will have a safe trip.
Pray: For the construction of the church building as there is still lots to do. Pray for the needed finances to continue and be able to complete the building.
Pray: For our son–in-law, Paulo to be able to get his new shop going and get more customers
Pray: For evangelism efforts of the church, that we might see fruit.
Pray: For spiritual growth of the couples being discipled
Pray: For salvation of the new family coming
Pray: For Betty as Dr. Humberto has ordered a colonoscopy. Dr. doesn’t think it is too serious but do need to do check things out.

Again I say Thank You for your prayers, financial help, cards and emails of encouragement. You are in our prayers also and we give thanks for you every day.

I will try not to be so long in the next update. Thanks for your patience. 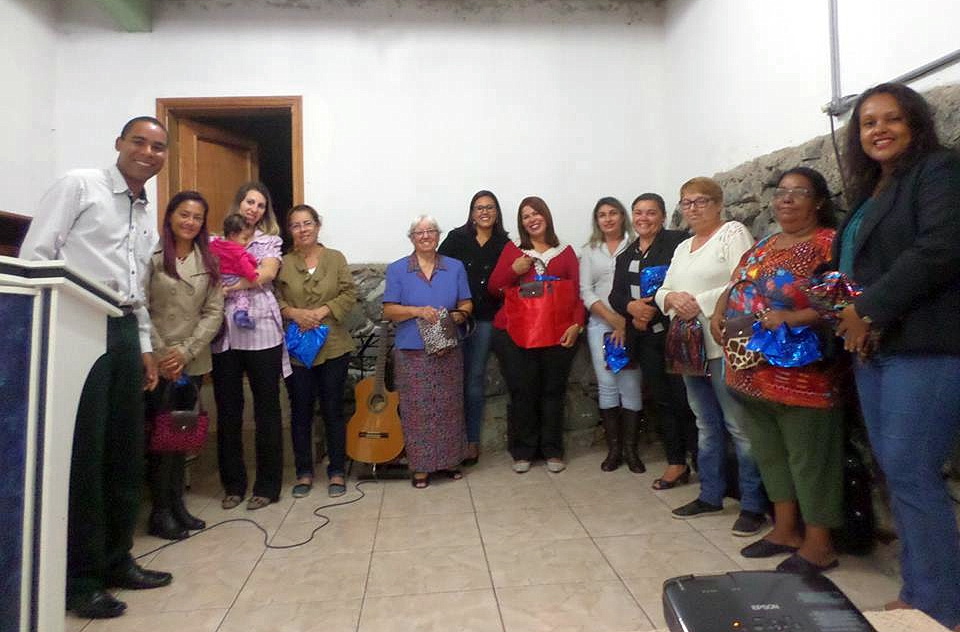 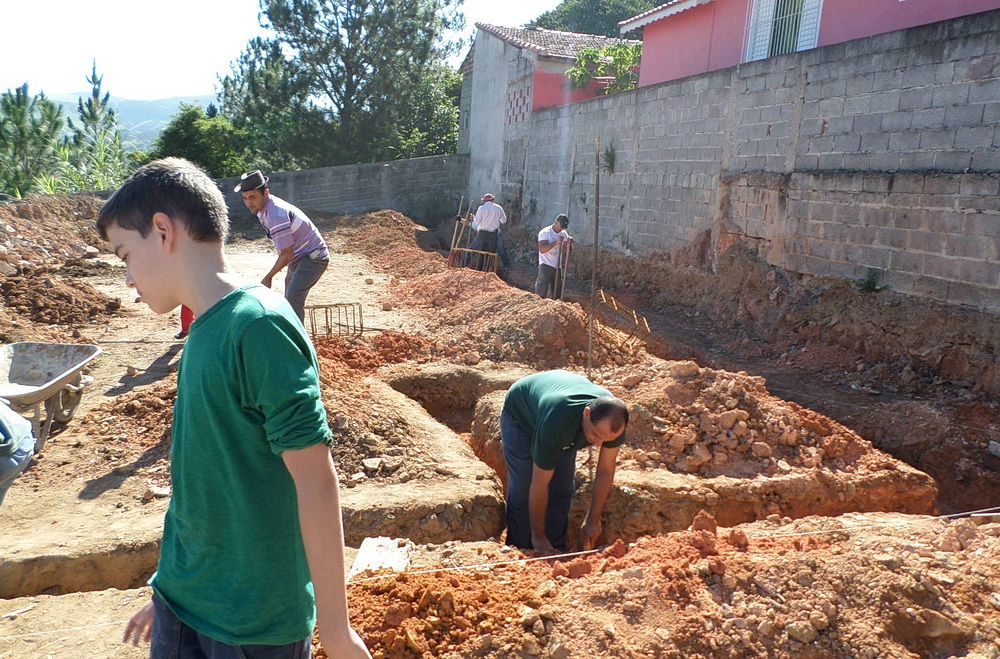 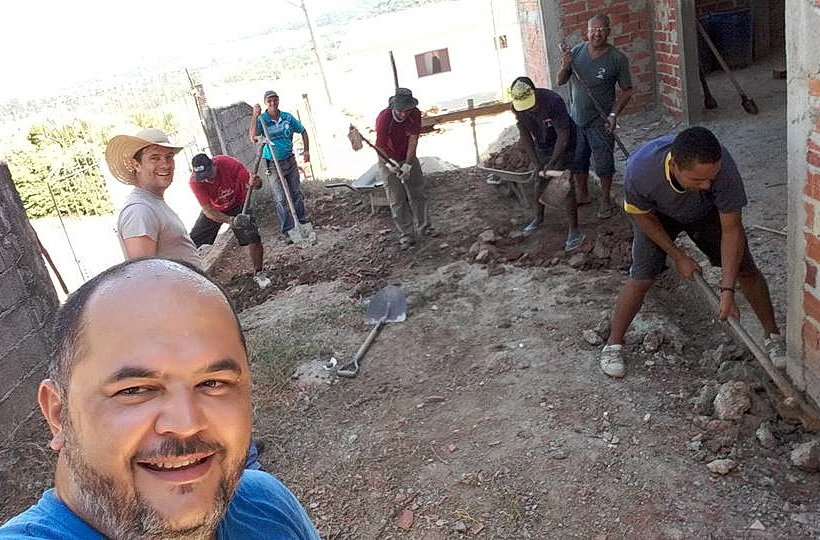 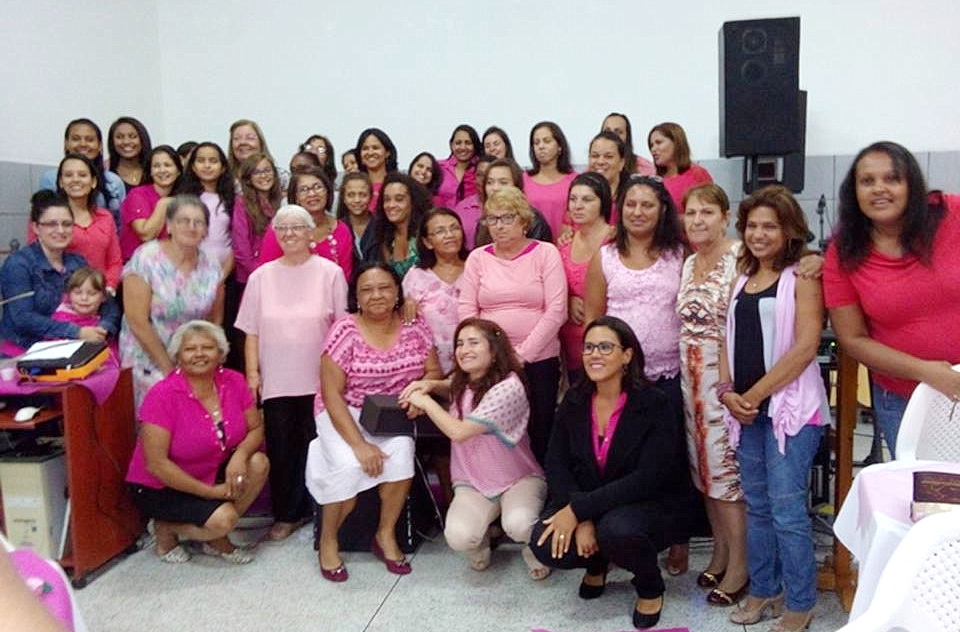 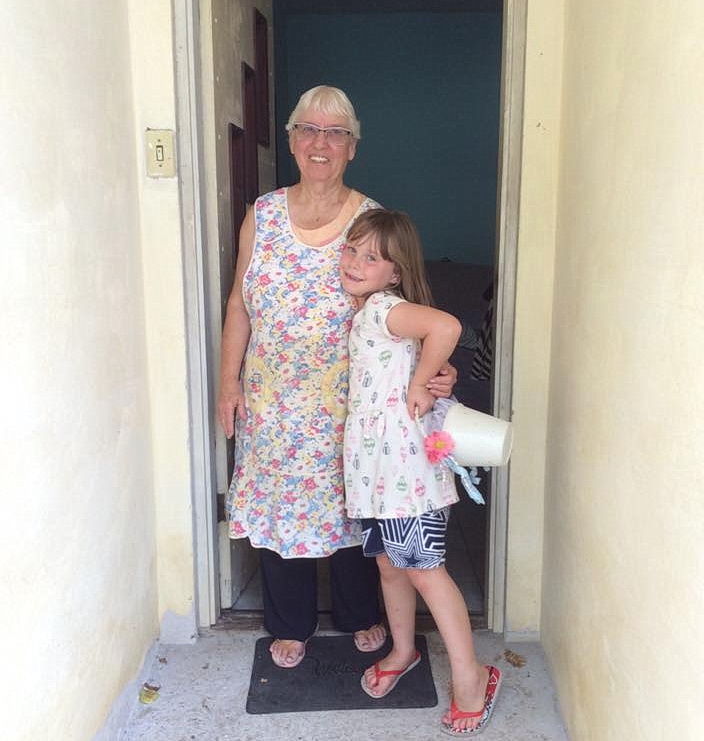 Want to contact Skip and Betty Harkins? Write the home office and we can put you in touch with our missionary