Navarra is a province located in northern Spain sharing its northern border with France. Within the province of Navarra it is possible to find all types of landscapes, ranging from mountain to desert, forest to plains, farm land to rugged mountain, with many rivers running through. As it has been said, within Navarra you can find everything you want or need in the realm of landscapes. Navarra is also known for its strong economy and overall growth of wealth in the hands of the general population. With the inward pride in Navarra, the people, in general, are very traditional and closed to the outside — people from outside, ideas from outside, and methods from outside. Now, however, with the flood of immigration and international businesses into Navarra, this limited worldview is being challenged.

This province is also the birth place and center for the very anti-Protestant branch of the Catholic Church called Opus Dei. This group uses its power and influence to put severe social pressure on Spaniards to bend to its desires and fiercely defend and proclaim the Roman Catholic Church as the only acceptable religion and way of life.

Tafalla is a city that lies 20 miles south of Pamplona. It has a population of roughly 12,000. Due to its location and services that it offers, it has become the natural center of the area known as the Middle Zone of Navarra. It serves as a central meeting point for more than 40 surrounding towns. Most families have some relatives who live or work in Tafalla. Every Friday, there is an open-air market which is attended by people from all of the surrounding towns. Tafalla also serves as the cultural center for this area, offering various cultural activities and services. Tafalla has the possibility of being a light on a hill for all of these surrounding towns.

Legend says that Tafalla was founded by the grandson of Noah, Tubal, and that the name Tafalla is derived from his name. Others say that Tafalla was an Arabic military post beginning in the 700’s. Regardless of the original founding of the city, throughout history, Tafalla has grown as it formed a bridge from Pamplona to the south and from the south to Pamplona and modern day France. At various points in history, it was occupied by different people groups who either came from the south to try to conquer the north or came from the north with the goal of conquering the south. Still today, reminders of different periods or occupations can be found to tell the stories of long ago.

The last registered full-time Protestant missionary in Tafalla came from Britain and was present in Tafalla in the 19th Century. He had to leave in a hurry, however, as a large group was trying to seize him in order to have a public stoning. Since then, some believers have passed through the area distributing Gospel tracts or doing various outreach activities, but no physical ministry point has been established with the exception of a Gypsy church that dissolved almost overnight due to a feud between one family and the pastor.

After three years of trying to find a store-front building that we would be able to rent, the Lord provided a building. Before, the owners would not rent to us as we were, in their eyes, Jehovah’s Witnesses or “1st cousins to them”. In His timing, the Lord brought the possibility of the current building. We met with the owners and explained who we were and what we wanted to do with the store front and they told us that for them the most important thing was that we were comfortable in the building (a very different response from all of the previous attempts). In October, 2005 we held the grand opening of the building. It is being used for our church activities as well as for family centered activities [seminars, children’s clubs, after school helps, English activities, library with resource books (literature, Christian themes, marriage and family psychology, world interest magazines, etc…)]. The store front is also used by ACASA (a Christian association that offers social help to the family) which is a ministry of the church and is meant to be a clear example of faith in action.

We have seen that the possibilities and needs here are endless. The issue is time. Our prayer is that the Lord of the harvest would send laborers here. Right now we are thankful for the extra help of Lisa’s brother also a TBM missionary and also Lisa’s mother who has retired and moved here to pitch in with the ministry. We continue praying for wisdom as to where to put our time as there are so many needs. We feel strongly that whatever is done must be done well. We see the need for help as we prepare for Sunday activities, outreach activities, weekly activities in the store front, and then the regular hustle and bustle of the week itself. Please pray with us regarding this present need for at least one more full time couple or single person to share the load. Please also pray for the spiritual need in Spain in general.

In 1999, the Leatherwoods (Dan and Lisa) were accepted by Tentmakers Bible Mission and arrived in Pamplona, Spain, in November of the same year. They had been praying and raising financial support for five years with another mission, prior to this. They began to work in children and youth ministry as well as music with a TBM missionary in the Pamplona area. Four years later, a new missions point sprouted in the southeast “middle” of Navarra and so, they began the initial stages of church planting in Tafalla. The Lord blessed them with 5 children.

In October of 2009 Lisa was diagnosed with Stage 4 colon cancer. As we faced the shock of this diagnosis, God revealed Himself and His presence in every detail that came up. He showed us how He is truly our living God of details. He showed how He is truly faithful in every moment of our lives. As we prayed, He put in our hearts the desire to stay in Spain through the approaching treatments. Neighbors began bringing food and offering all types of help. Food was coming so fast that we couldn’t keep up with it… It reached a point where our large deep freeze was full and we were eating like kings. He provided for every need that we had and guarded us as a family, and continued, to work through every detail. On January 18, 2011 God called Lisa home. God again showed how He was working through every detail as He worked out an immediate support group for us. As we organized a memorial service remembering Lisa, we were offered the Catholic Church in our town as we didn’t have anywhere that would fit our group of friends here. God showed how He was working even in this period of sadness and separation, as the church, which holds about 500 people was full and overflowing into the street here in this small town of 2000 people. In the memorial service the Gospel was clearly presented several times. Some close friends put it this way, “Lisa would have willingly given her life for so many people to hear the Gospel so clearly presented…” God is not finished! Seeds have been sown through the lives of many precious believers in this country and they will bring a harvest. Please pray with us that God will continue to guide and give us His strength in each step of our lives and ministry here.

Paul presents the fact that God, who started the work within us, is faithful to continue it. That is a fact that God has shown in my story. With Lisa’s homegoing, I saw clearly that my focus needed to be on my children and then on whatever aspect of the ministry I was able to continue. I “knew” I would never marry again. Well thankfully God had the last word as He brought another amazing woman into my life and family. Sharon came to volunteer at camp with her home church from Houston, TX along with her daughter who had come two prior years. A friendship developed and grew as the Lord moved both of us to a point of allowing Him to change our minds of “never getting married again”. In 2014, we were married and Sharon began the preparations to move life to Spain to join the Leatherwood family in life and ministry. Her love for the Lord and her heart for others clearly shines in all she does and I am constantly reminded of how our God cares for us and uses details that we never would have imagined.

Thank you for praying and walking with us here in Spain. It is a privilege for us to be able to live and serve in this region of Spain. Please pray to the Lord of the harvest that He would send workers and that those of us who are here would be faithful in our service to our amazing King.

For further information or to be added to my update list, please write me at leatherwoodland@gmail.com 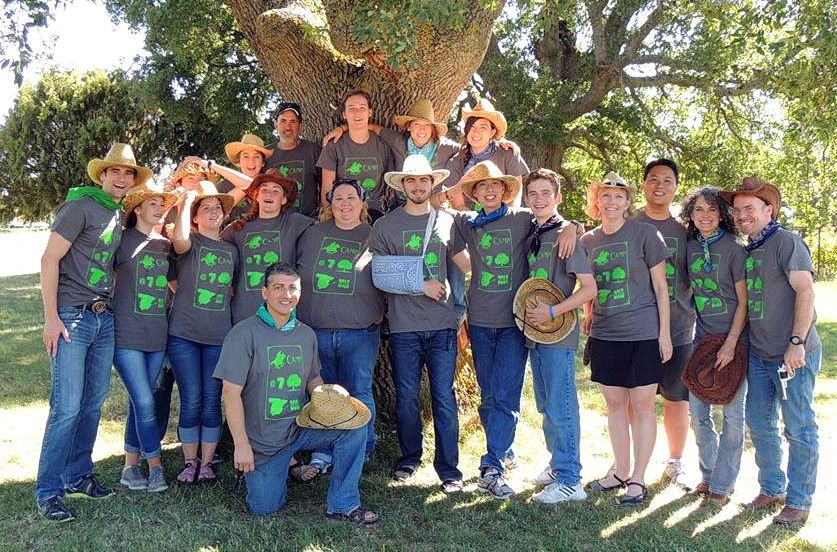 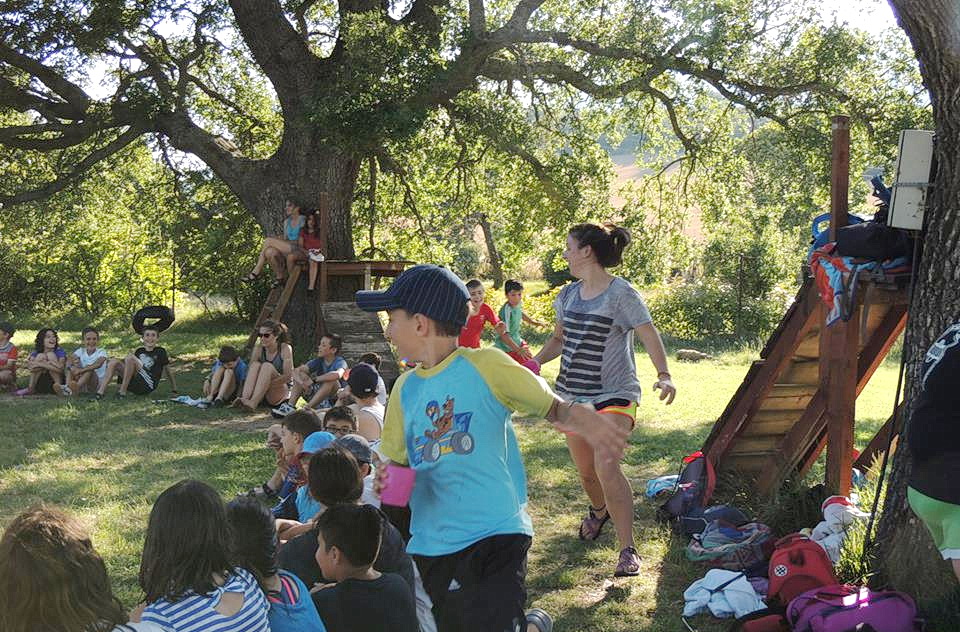 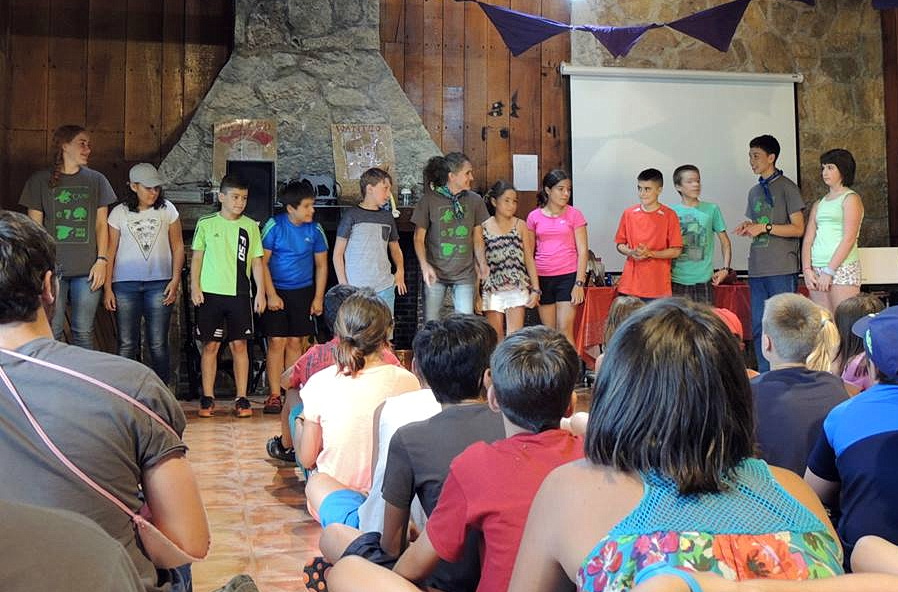 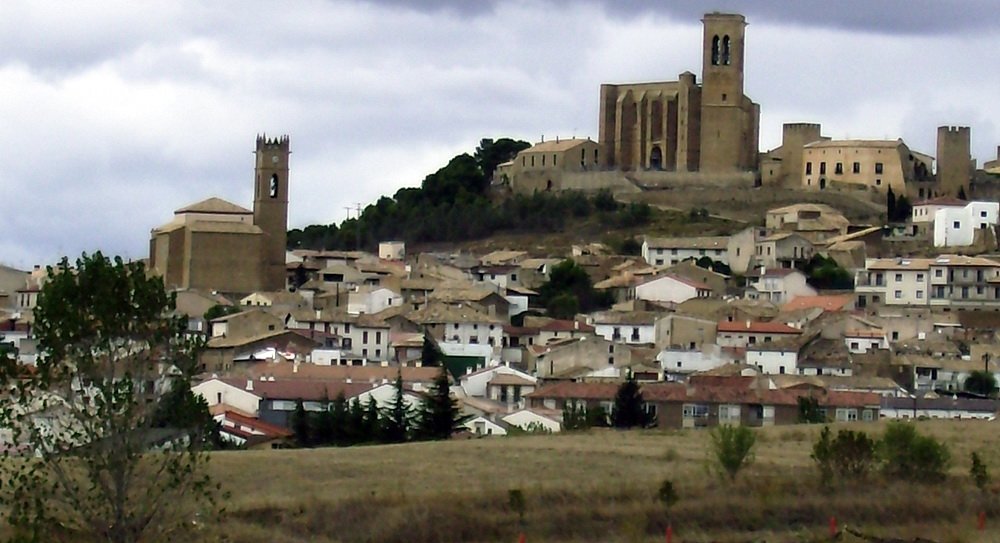 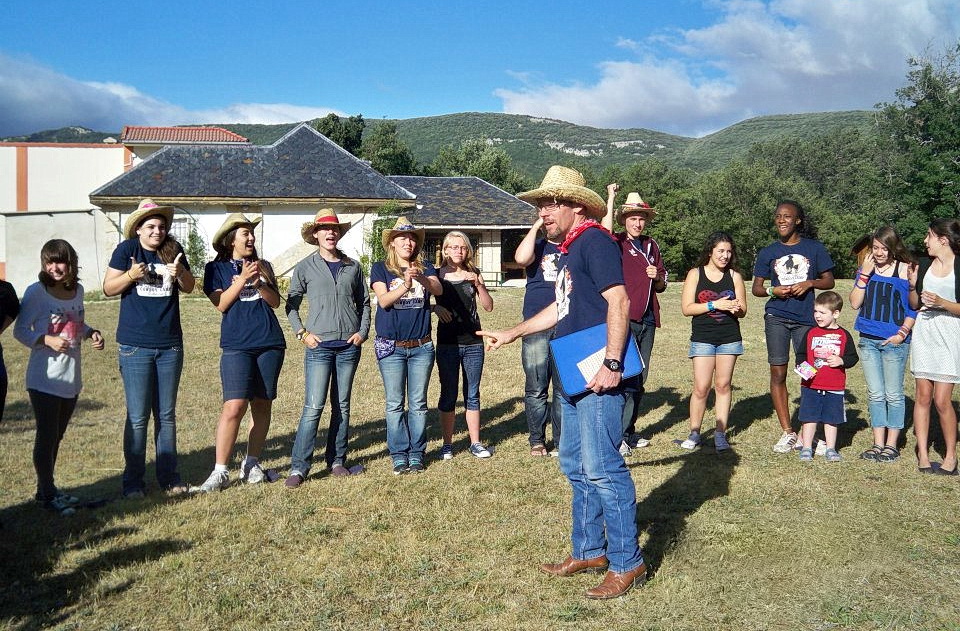 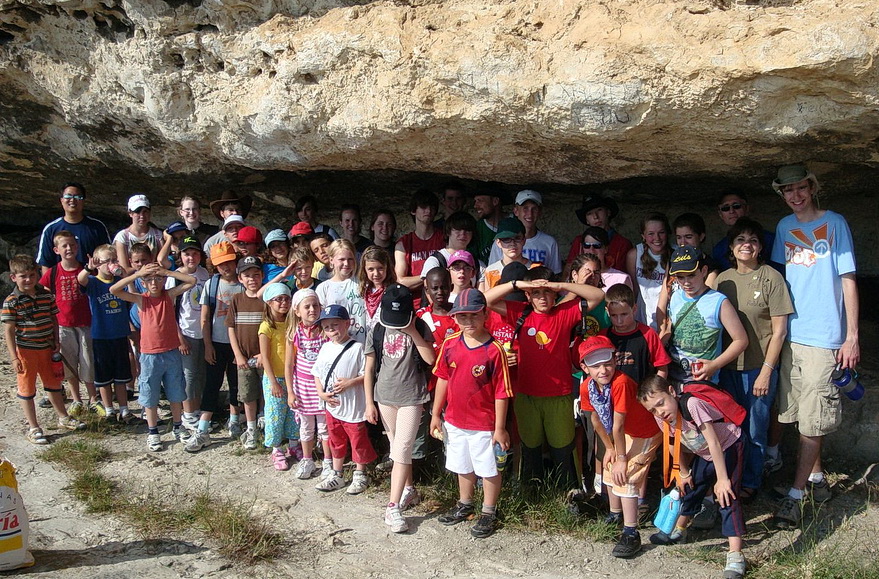 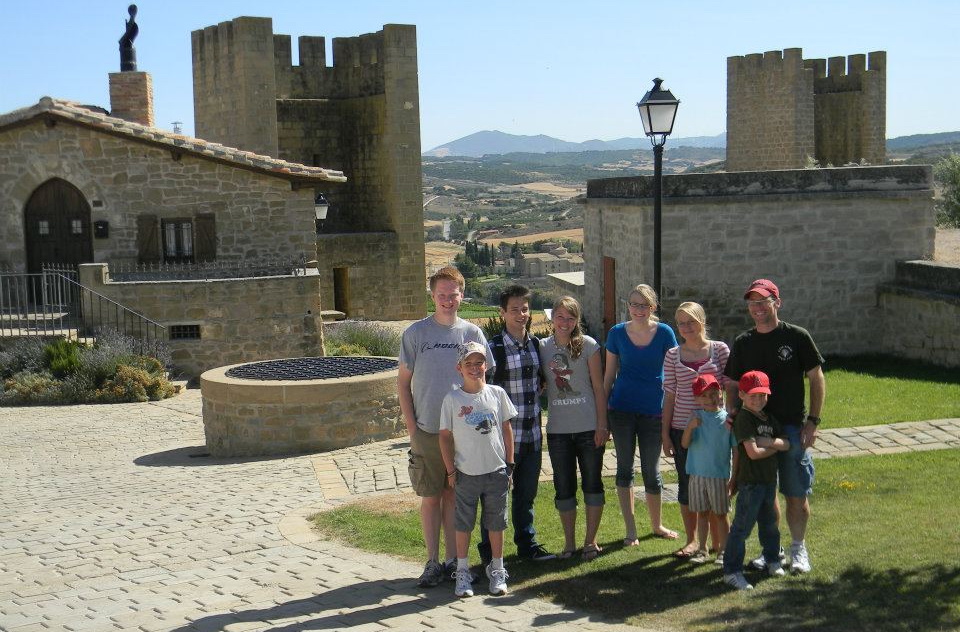 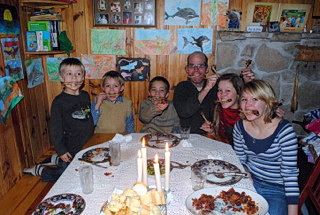 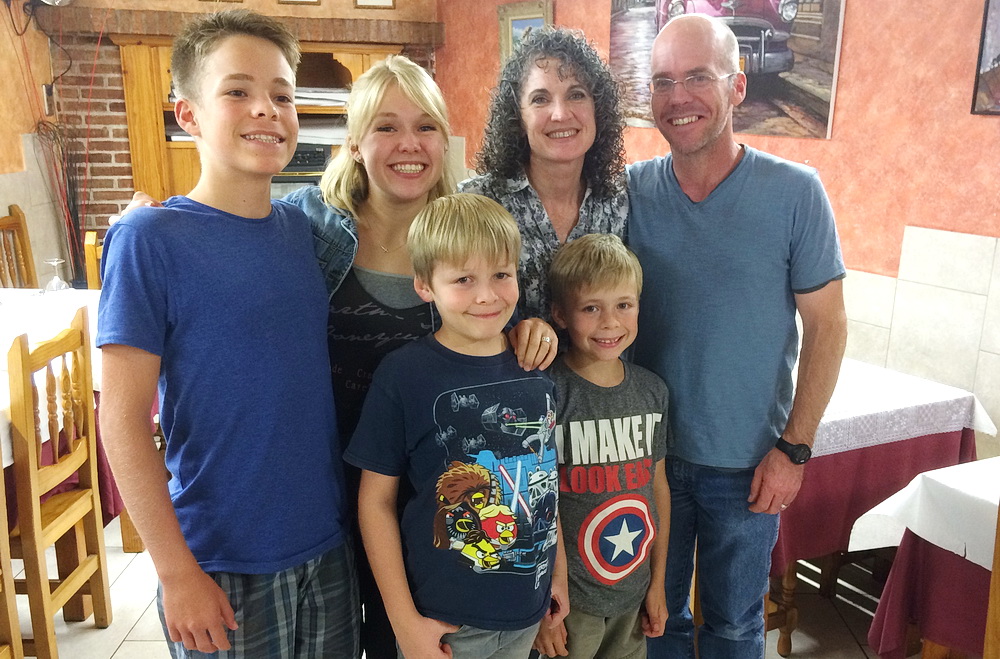 Ways to Pray for Camp

Shining On A Hill

How Then Should We Live?

Interested in learning more about TBM and how we serve our missionaries like How Then Should We Live?